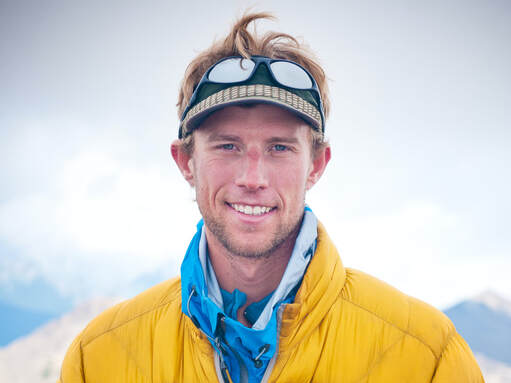 ​Leif Whittaker is a writer, motivational speaker, and endurance coach from the Pacific Northwest. He grew up in Port Townsend, Washington near the mossy forests of Olympic National Park and learned about the outdoors from his father, Jim Whittaker, the first American to summit Mt. Everest.

Leif found his own love for mountains at age 15 when he and his older brother hiked 20 miles into the wilderness without their parents and climbed Mt. Olympus. Since then, he has traveled across the globe and climbed some of the world’s highest peaks, including Aconcagua, Mt. Vinson, Denali, and two ascents of Mt. Everest.

Leif studied writing at Western Washington University and was honored as the 2007 Outstanding Graduate of the Year in the English Department. His writing has appeared in various media worldwide, including noteworthy magazines and periodicals. His book, My Old Man and the Mountain, was published by Mountaineers Books in 2016 and won several awards. He has been motivational speaking since 2010 and his client list includes household names from business, tech, non-profit and education. Leif worked for more than a decade as a Climbing Ranger for the United States Forest Service on Mt. Baker, where he took pride in preserving a pristine wilderness and keeping visitors safe on the glaciers. He is also a founding member and top coach for Evoke Endurance. He specializes in coaching mountaineers of all abilities to reach their goals, whether that be a Cascade volcano or an 8000-meter peak in the Himalaya.